Stunning Arctic scenery, icebergs and the sound of the glass harmonica. That is the opening sequence of The Last Ice Hunters, a documentary about the Inuit in Eastern Greenland. Directed by Jure Breceljnik and Rožle Bregar, the film mostly discusses the effect of globalization on the Inuit community but does not solely focus on that. The director’s view on the Inuit’s ‘transition’ is to a large extent anthropological, but in a way that not merely attempts to explain, but to put it closer to the viewer’s perspective. 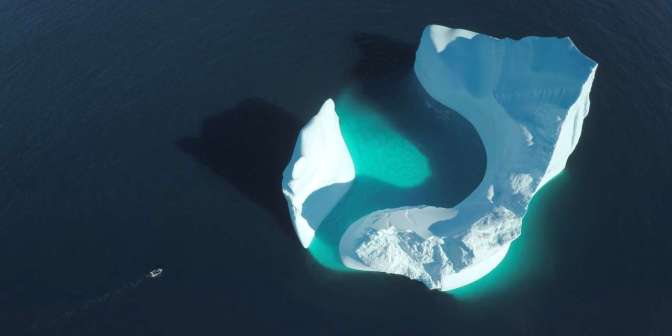 The film makes a comparison between Inuit lifestyle at present and about a hundred years ago, when their subsistence strategy was largely based on hunting seals and fishing, with the use of simple weapons and self-made wooden kayaks. Now, hunting remains the basis for their survival, but the resources have changed, especially due to contact with a global society, which brought modern-day media and western influences to their community.

Nowadays, hunting is made somewhat easier with the use of motorized boats and rifles but comes at a greater cost. The largest part Inuit made in their revenue consisted of selling seal fur, until the 2009 EU ban for selling seal fur products. It affected the Inuit society in a way that it became more dependent on outside resources, and in turn, less self-sustainable. EU later made an exception for the Inuit seal fur products, which could be sold on the EU market, but the losses could never be reclaimed. 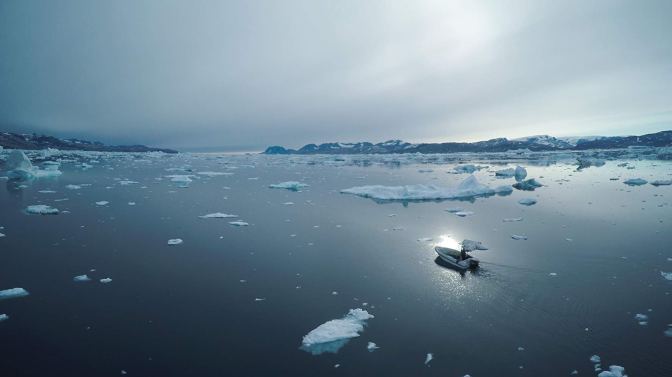 The status of a hunter used to represent a big part of the Inuit cultural capital, similarly as hunting represented a large portion of their subsistence strategy. Due to complex external factors, Inuit hunting isn’t worth it economically anymore, and the status of a hunter is being degraded. The four-thousand-year-old history of the Inuit community is coming to an end as more people are abandoning their Inuit lifestyle and are moving to cities, where they might work as shopping mall assistants or salesmen, but their job opportunities remain limited. 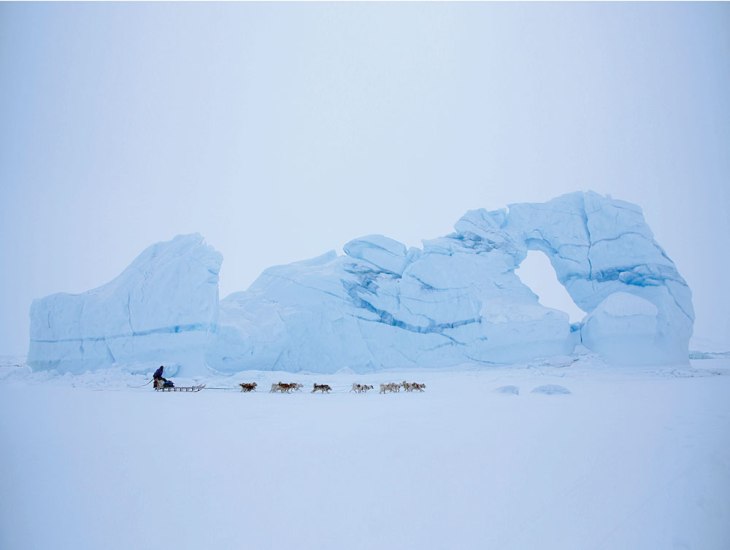 Another consequence, especially for the younger Inuit is the loss of cultural identity. Being Inuit involves being a hunter, but nowadays, hunting isn’t regarded as ‘cool’ anymore, because it doesn’t provide a sufficient living. In a way, their society suffers from an increase in globalizing factors, and the result is a rise in alcoholism and suicide rates.

The film addresses these external factors in a holistic way. Besides globalization, another circumstance is global warming. The sea surrounding Eastern Greenland doesn’t remain frozen for as long throughout the year as it did in the past, which allows fishing ships to visit the Arctic through almost the entire year. This means prolonged contact between the Inuit and the global society. One consequence is growing Inuit cities, which are becoming posts for these large fishing ships.

Another factor, briefly mentioned in the film, is tourism. Distant Greenland itself calls for wealthy tourists, as the plane ticket alone costs a lot. Therefore, the Inuit are portrayed as a false picture of global society, which can, in their eyes, afford just about anything. They mostly buy Inuit souvenirs – sculptures made out of whalebone, and stay only for a couple of days, as most of them come to see the arctic landscape and few are interested about the Inuit culture.

The film wonderfully portrays the change in Inuit lifestyle, how external factors have led the Inuit society to an identity crisis, and combines the story of two Inuit families with beautiful photography. It provides a great insight into Inuit society, but captures it in just a moment in time, as it will never be the same again.

Disclaimer: The photos in this post are not mine and I do not hold any rights to these photos.

View all posts by Mark Breznik